The shattering achilles injury that has floored Sonny Bill Williams in the Olympic rugby sevens may turn the new Brisbane Global Tens into his comeback date in February.

All Blacks duty for the rest of the year has been ruled out for the 33-Test centre trump, who has been told he faces a six-to-nine month spell to repair the partial tear.

The exciting new Global Tens tournament on February 11-12 at Suncorp Stadium is six months away for the 10 Super Rugby clubs and four invited sides who have committed top line-ups.

Williams will not be rushing anything in the meticulous rehabilitation he faces to return as the same explosive weapon next year at 31.

Former All Blacks teammate Dan Carter returned to Christchurch club rugby after a six-month lay-off following his achilles tendon tear in 2009 so the timeline fits.

With the Global Tens offering 10-a-side, 10-minutes-per-half footy, it could prove an abbreviated yet competitive environment to test fitness with his new Auckland-based Blues team.

The Blues are likely to bring a bigger squad to Brisbane to play a 15-a-side trial to maximise the trip as a major element of their Super Rugby season preparation. 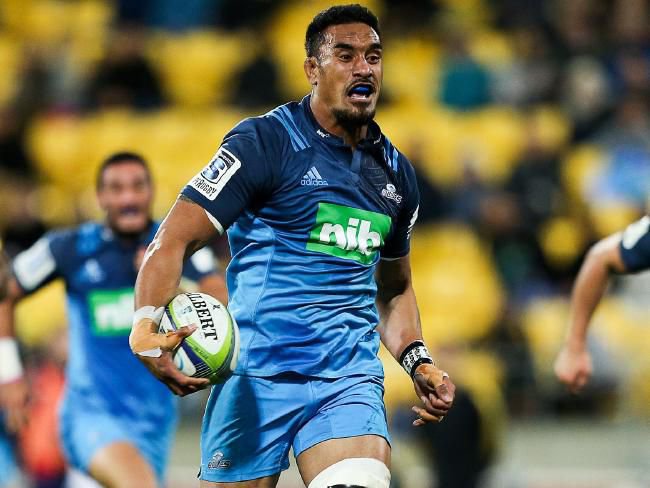 All Blacks backrower and senior Blues forward Jerome Kaino said it was a tough break for Williams, his teammate in two World Cup-winning sides

“I really feel for my mate after all he put into making the Olympics because his professionalism is one of the reasons he’s a top signing for the Blues,” Kaino said from Auckland.

“The way he lives his life, how he eats, the example he is going to set for young Blues players is gold.”

Kaino, 33, is one of the few current Super Rugby players with tens experience, having savoured the festive Hong Kong Tens in a winning Kiwi invitational side in 2003.

“The Brisbane tournament is going to be awesome because tens, rather than sevens, allows some big boys to play to add physicality to the speed of the game,” Kaino said.

“Something fresh and new is great for our game and being a local boy I’ve seen how the Auckland Nines (in rugby league) gets people excited.