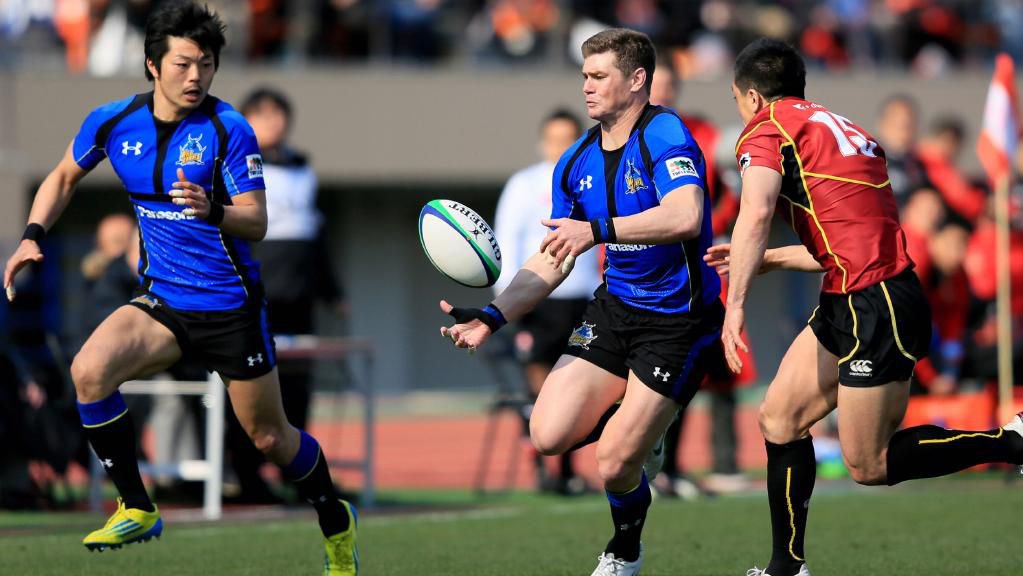 Berrick Barnes has never been afraid to try something different, in football and in life, so it is only natural he is looking forward to registering what would be another first for him by playing in the Brisbane Global Tens tournament in February.

“I’ve never played tens before,” the former Brisbane Bronco, Queensland Red and NSW Waratah said. “I’m sure I’m the same as a lot of players who will be at the tournament, in that regard. I haven’t even played sevens rugby before, just 15-a-side rugby, and league.

“I haven’t even seen a game of tens rugby. I’m going in pretty much blind, but I don’t think I’ll be the only one like that. Obviously the Brumbies and the Force played in the tens tournament in Mauritius recently, but other than them I don’t know too many guys who would’ve played much, or any, tens.”

Barnes, 30, is based in Japan these days, playing for the Panasonic Wild Knights under the stewardship of his former coach with the Wallabies, Robbie Deans.

The Knights are one of the four teams who will join all 10 Super Rugby clubs from Australia and New Zealand in the event at Suncorp Stadium.

It is now 11 years since Barnes made his NRL first-grade debut for the Brisbane Broncos, when he was still 18, after showing promise at union, league, cricket and swimming as a schoolboy.

He and wife Bec have two children, four-year-old Archie and two-year-old Matilda.

Asked how much the former teenage sensation has changed, as a player and person, Barnes replied: “I don’t know if I’ve changed too much, although I was pretty young and naive when I first started and you get to experience the whole gamut, so you certainly become much more used to dealing with things around the game and with people.

“You don’t play professional footy for this long without learning a lot and you have to deal with a fair few setbacks along the way as well. I’ve had a few injury worries, so you have to learn to adapt to that as well.

“As you go on you just try to extend it for as long as you can. I’m pretty happy with where I’m at. I’m enjoying my footy and life with the family in Japan. It’s not for everyone here, but it suits me and I’m back and forth a fair bit with the family between here and Japan anyway.” Barnes said that, ideally, he wanted to play for another two or three years at least.

“I’d like to think so. I’d love to, actually,” he said. “We’ve got guys in our team who are now 35, 36 and are still playing really well and showing no signs of stopping. The way it is with treatment and physio and everything now, you can manage your body really well.

“But we’ve got a couple of really good kids coming into our squad who both play five-eighth — one is already here and the other one will be here next year — and I wouldn’t want to be sticking around to the extent where I would be blocking their path.

“Ideally, I’d like to finish my playing career with the Knights, but we’ll see what happens. I don‘t expect to continue living in Japan for good after that, but you never know and I’ve got to work out what I’m going to do post-footy.

“Coaching rates highly among the things I’m interested in, but there aren’t a lot of clubs to get gigs with in Australia and it’s hard to break through, particularly if you don’t have that established coaching background. So, potentially, starting a coaching career in Japan might be a good idea.” Barnes said heading into the unknown, as he would be with the Brisbane Global Tens, was an adventure.

“It’s a new thing for many of the people who will be involved and that makes it exciting,” he said.

“Some teams might have more of a preparation for it than others. Some will be focusing on the 15-a-side competition coming up and use it as more of a hitout, instead of a trial game.

“And some teams, I’m sure, will get ready with the intent of definitely trying to win the thing, so it will be interesting to see how it all plays out.

“We at the Knights sort of finish our season at the end of January and a lot of our guys will split away after that, so we’ll bring a relatively young squad down, but we’ll still be aiming to compete as best we can and hopefully we’ll do well.

“We might be a bit underpowered compared to the Kiwi and Aussie Super sides, who will have all their squads on deck, but we’ll have a crack. I think it’s an exciting concept for the players involved, but also for the fans and the game at large.”

Barnes said he couldn’t imagine a better venue for the tournament than Suncorp Stadium. “You look at the rugby league nines and how that has taken off in Auckland and I say Suncorp Stadium is a great venue for an event like this,” he said.

“Eden Park is a great stadium, but it’s miles away from any entertainment or anything like that, from the fans’ perspective. Look at Suncorp and you’ve got Caxton St right next to you and everything available there, so for a festival of rugby there’s no better place to hold it, really.

“In terms of stadiums around the world, it’s the best one in Australia and when you’re talking rugby venues, Suncorp, Twickenham and Cardiff Arms are all pretty much on an even par because you’ve got the crowd on top of you and it’s a great atmosphere.

“But Suncorp, from a fans’ perspective, is just so accessible. You don’t have to drive for an hour and try to find somewhere to park. You get on a train, you go there, you have a good time. “And from a players’ perspective, we’ve got the crowd right on top of us and a great surface and that’s all you want, really.”