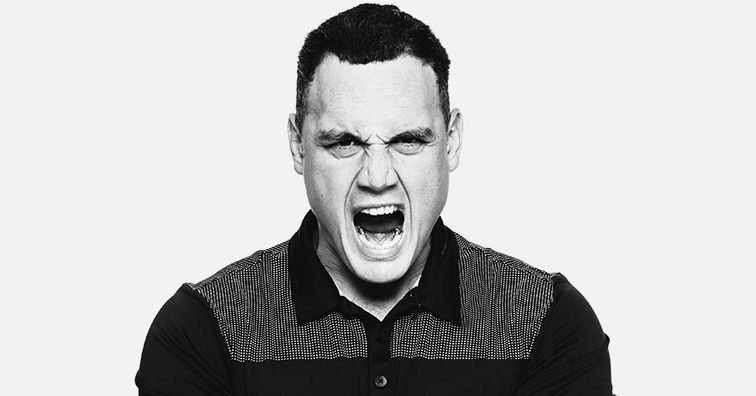 66-test world cup winning All Black Dagg was famously clocked bowling at 143kph when aged just 15, and bowled to the touringAustralian cricket side in the nets just a year later, catching the eye of the then world’s fastest bowler Brett Lee.

While the teenaged Dagg firmly believed he would pursue cricket as a professional career option, a rugby contract tabled by theHawkes Bay Magpies while he was still a schoolboy diverted him down a different path.

It is a decision he doesn’t regret – by 22 he was an All Black – but Dagg admits he does wonder what might have been had he stuck with cricket.“I loved cricket as a kid and I’d had a little taste of what it might be like at the top when I bowled to the Aussies as a schoolboy,” Dagg said from his current base in Japan. “But I guess rugby – in a good way – got in the way of that!

“So, for me, the chance to finally have a crack at some of the best cricketers this country has ever produced all these years later is a bit of a dream come true.”

Dagg will team up with Crusaders and All Blacks team mate Kieran Read, who has been appointed captain of Team Rugby by worldcup winning coach Sir Graham Henry for the spectacular cross code T20 cricket clash.

Having made a try-scoring debut at No. 8 for Taranaki in a Ranfurly Shield defence earlier this season, the 19-year-old Boshier is widely considered to be the country’s finest emerging multi-code talent.

While Boshier – whose brother Lachlan playsSuper Rugby with the Chiefs – is yet to commit to one code in particular, it wasn’t a hard call to line-up with Team Rugby for the Black Clash.

“I was pretty shocked to get the call to be asked to play to be honest,” said Boshier. “I was just expecting to be watching the game so being a part of it is pretty cool.”

With his rugby season having ended prematurely due to a broken arm, Boshier will now turn his attention fully to a summer of cricket.

The prospect of playing alongside Read and against McCullum – two of his childhood heroes – was both exciting and a little nerve-wracking, Boshier said.

“I’m a little nervous even thinking about playing in it now," he said. "So when the time comes around I’d sayI’ll be a bit nervous but excited at the same time. It’s a great opportunity to enjoy another game of cricket.

“I know the rugby boys really want to go out there and win it. They’re getting the best possible team together and it is going to be quite competitive, I’d say. We don’t want to lose.”

With nearly half his line-up confirmed, Sir Graham is delighted with the way things are shaping up for Team Rugby.

“Israel and Kaylum were always going to be key recruits for us, so to have them on board is fantastic,” Sir Graham said.

“There’s a real cricketing pedigree there with the guys we’ve named so far, and we’ve still got some big guns to roll out yet so I’d say Flem and his boys will be starting to get a little edgy,” Sir Graham said.

“It’s great to see Team Rugby coming together,”Fleming said. “While we expect to win quite handily against a bunch of guys who have spent most of their lives chasing pig skins around in the mud, we do want to see a competitive game. We’ll be really interested to see if Israel Dagg can still roll his arm over. He was certainly pretty impressive as a schoolboy –although that was a long time ago.

“And Kaylum is a very promising hard-hitting middle order batsman and decent bowler, so they’ve picked up a very handy young gun there.”

With tickets for the event selling fast, organisers are encouraging fans to buy early to avoid disappointment.

“The discounted family pass is already 90 percent sold out and we’ve sold over 40 per cent of available tickets across the board,” Duco Events director David Higgins said.

“The game might be still four months away but capacity at Hagley Oval is strictly limited and this is a unique event, so to avoid disappointment I’d suggest securing your tickets now.”