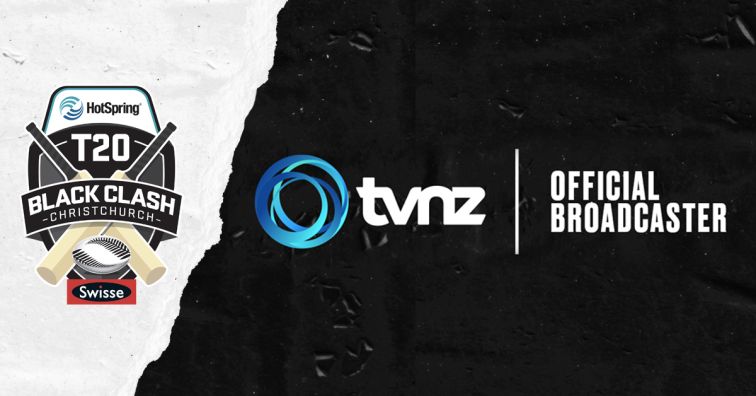 The January 25 blockbuster – which features the likes of Kieran Read, Richie McCaw, Brendon McCullum and Stephen Fleming going head-to-head in a thrilling T20 cricket match – will be televised live by TVNZ.

“This unique event will bring together many of the very biggest stars in New Zealand sport in a truly unique, entertaining and compelling setting.

“An event like this deserves the biggest possible audience and that means being on free to air television. TVNZ’s coverage is a massive win for all Kiwi sports fans.”

TVNZ’s Director of Content, Cate Slater, confirmed the network had secured the broadcasting rights to the event at an industry function on Wednesday evening.

“The T20 Black Clash is shaping up to be an unmissable event,” Slater said. “We’re excited to bring New Zealanders all the action, live on TVNZ.

“Viewers around the country will be able to tune in and cheer on their favourite athletes, even if they can’t make it to Hagley Oval. No doubt there will be some tense moments as Team Cricket take on the challengers from Team Rugby!”

“To follow in the footsteps of some legendary TVNZ sports teams such as the 1990 Commonwealth Games team of Peter Williams, Richard Bryant and John McBeth almost makes us well up with pride,” says The ACC’s supreme leader Mike Lane said.

“The Alternative Commentary Collective will be doing their utmost to help bring this unique event to life live on TVNZ – especially before the 9pm watershed.”

More huge player announcements for the match will be made imminently, Higgins said.

“I certainly can’t remember an event that has gathered together so many of New Zealand’s sporting heroes in one place at one time,” Higgins said.